Development is the beginning of success

The development of Impuls Verschleisstechnik is closely tied to the development of metal wear-resistant technology. Especially with the introduction of processing HARDOX special steel , our company has provided new momentum for a long- term business success. Since its founding in 1994, out of the basic idea of applying wear-reducing techniques and procedures in the lignite finishing, many other business sectors developed in which we today can offer customers our products and services form a single source.

The history of Impuls Verschleisstechnik finds its origin in open-cast mines. In the midst of the lignite mining area in the Lausitz area and shaped by decades of technological developments in the coal-refinement, know-how could be generated, which has influenced the later success of the company significantly. Through continuous investment in the company as well as the development of new markets, our company is strongly positioned for the future. 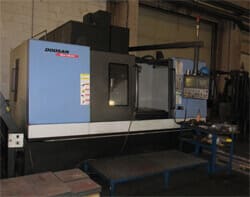